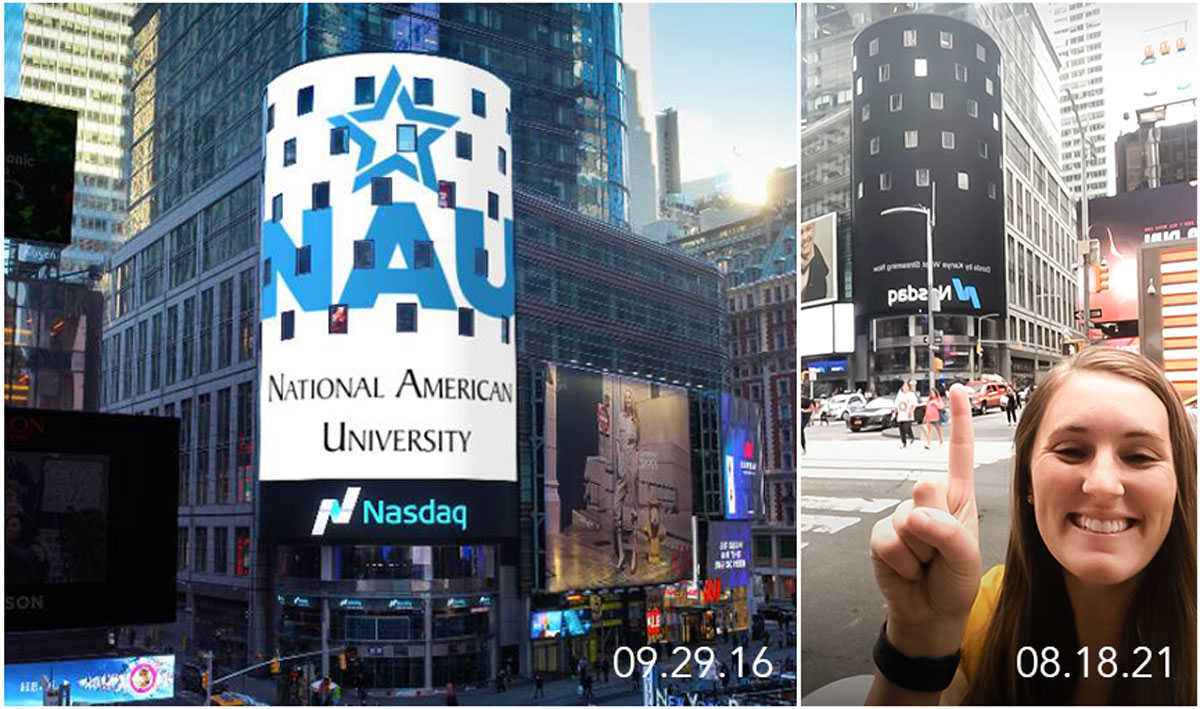 Back in 2016, I was newly out of college and just starting my job at National American University in Rapid City, SD. Two months into the role, the executives of the company were celebrating its 75th anniversary in NYC ringing the NASDAQ closing bell. This closing bell ceremony also included the opportunity to display a :30 video on a 809-foot, 52-story building and another marquee board located in TIMES SQUARE! Even as a newly graduated 23 year-old, I knew this was an opportunity of a lifetime and how important it was to provide a great end product to hit the 48-hour deadline. The afternoon of the closing bell on September 19, 2016, I sat at my desk feeling sick to my stomach as I watched the live stream of the Times Square advertisement board light up with the video I created.

Fast forward to 2021, I flew to NYC for a month-long adventure. My favorite moment of the trip just happened to take place on day 2 when while strolling around Times Square, I spotted that same giant 52-story building that proudly displayed my work years prior. Seeing the enormity of the screen in person instantly gave me goosebumps all over again.

Five years later, I’m still chasing my dreams as a graphic designer with more experience, more knowledge, and more skillsets. I still have a lot to learn and many ways I can grow, but this site served as a beautiful reminder of how far I’ve come and makes me just as excited to still be chasing my dreams years later, even if they look slightly different. 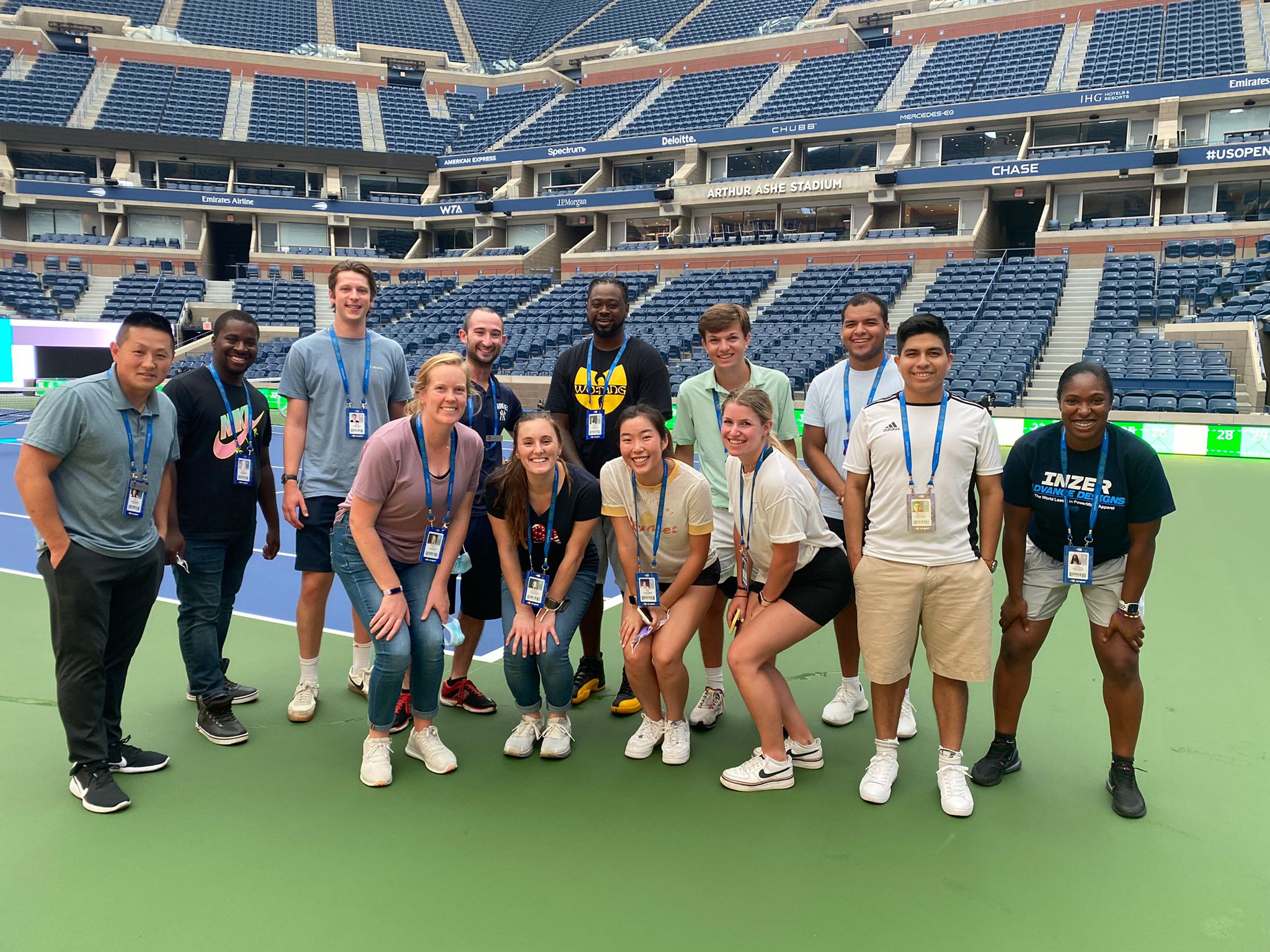 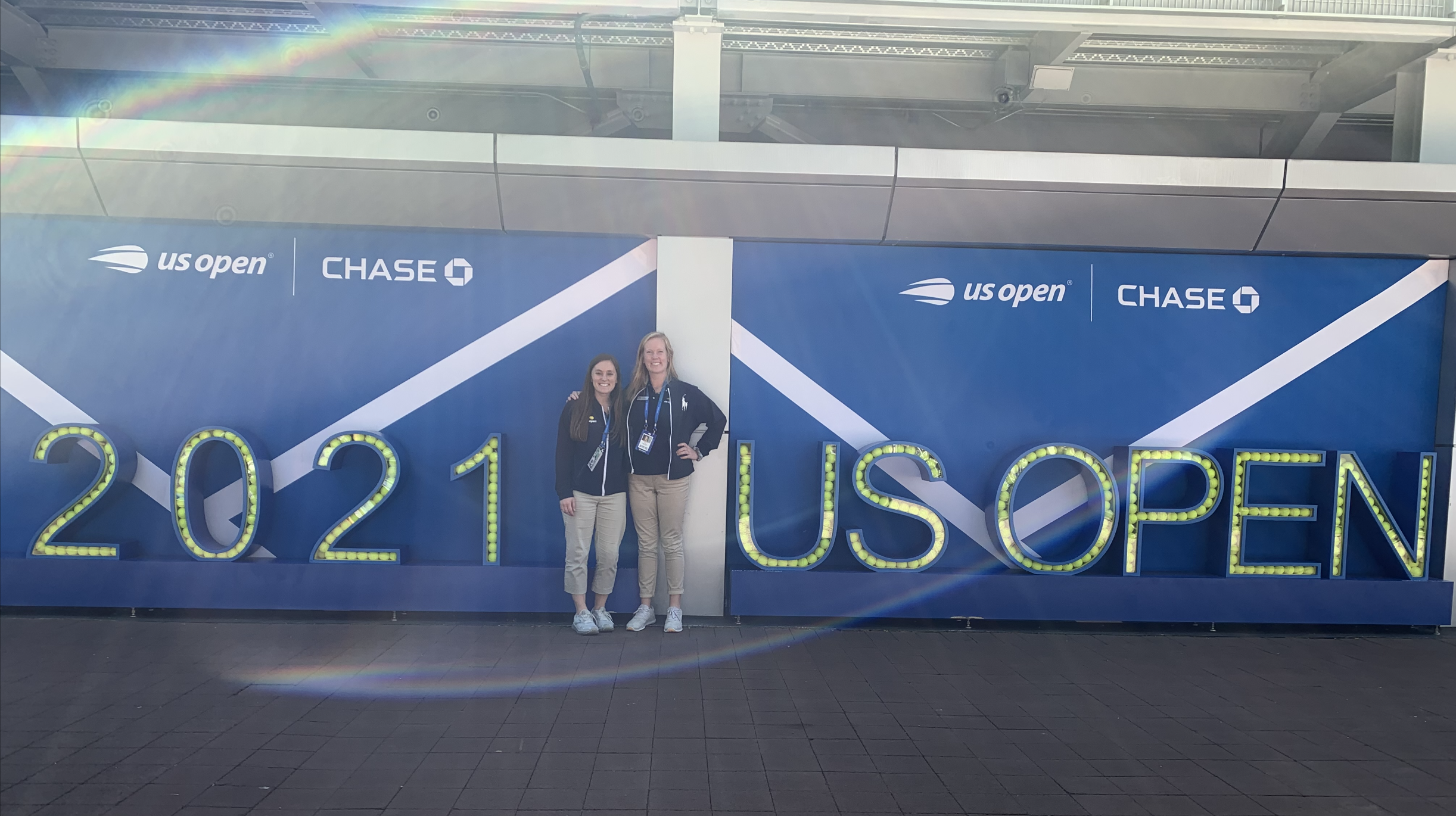 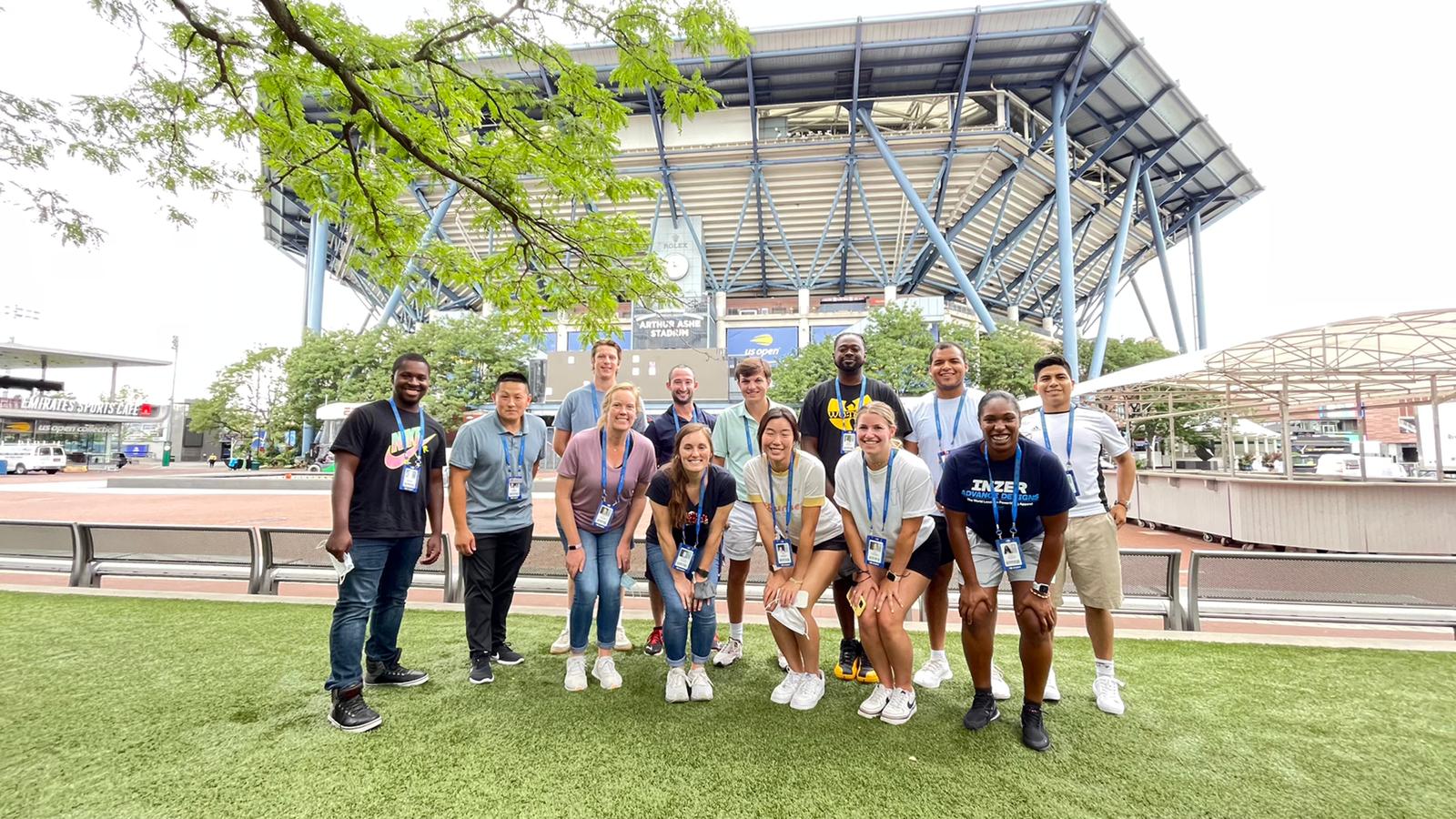 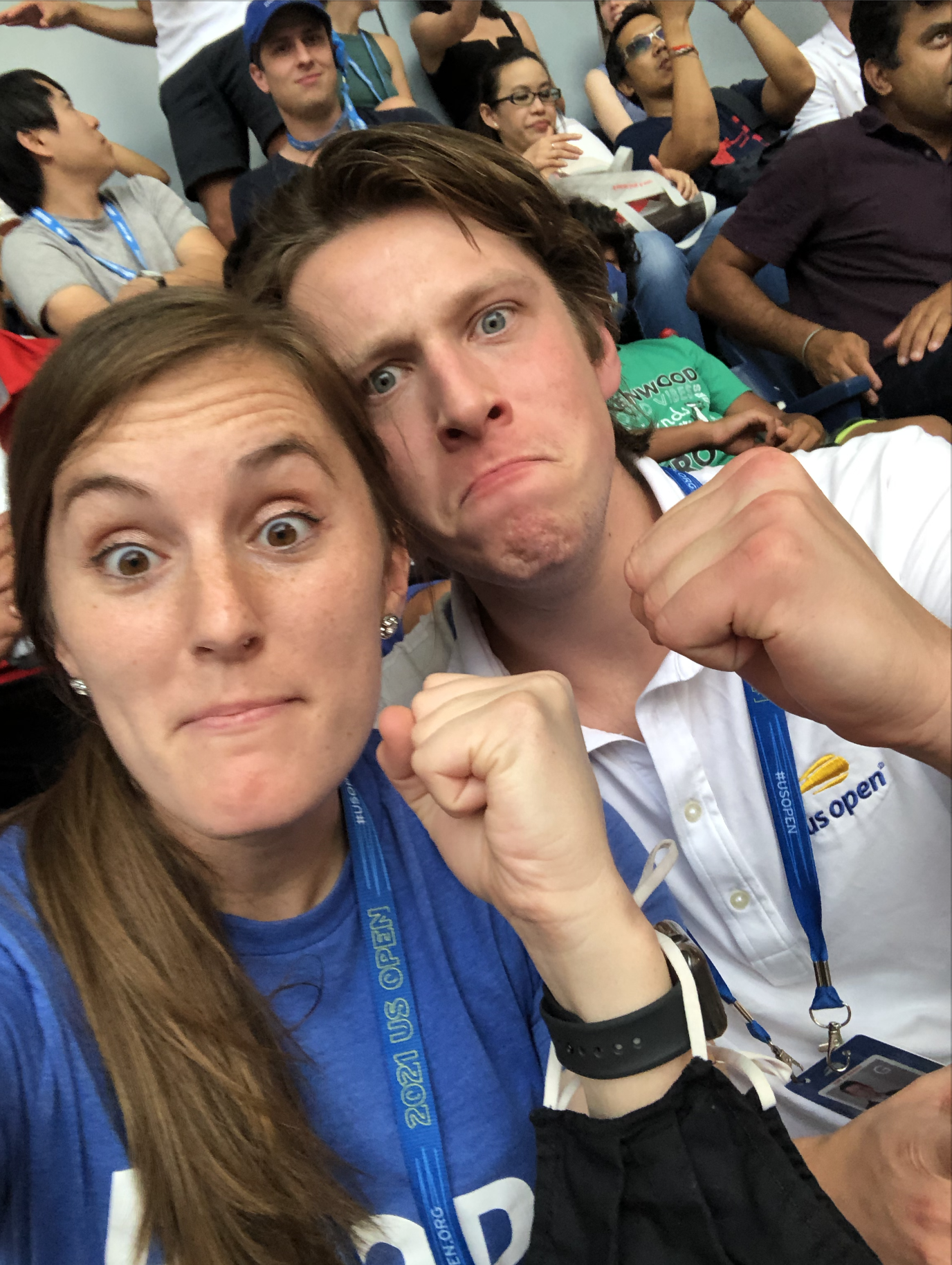 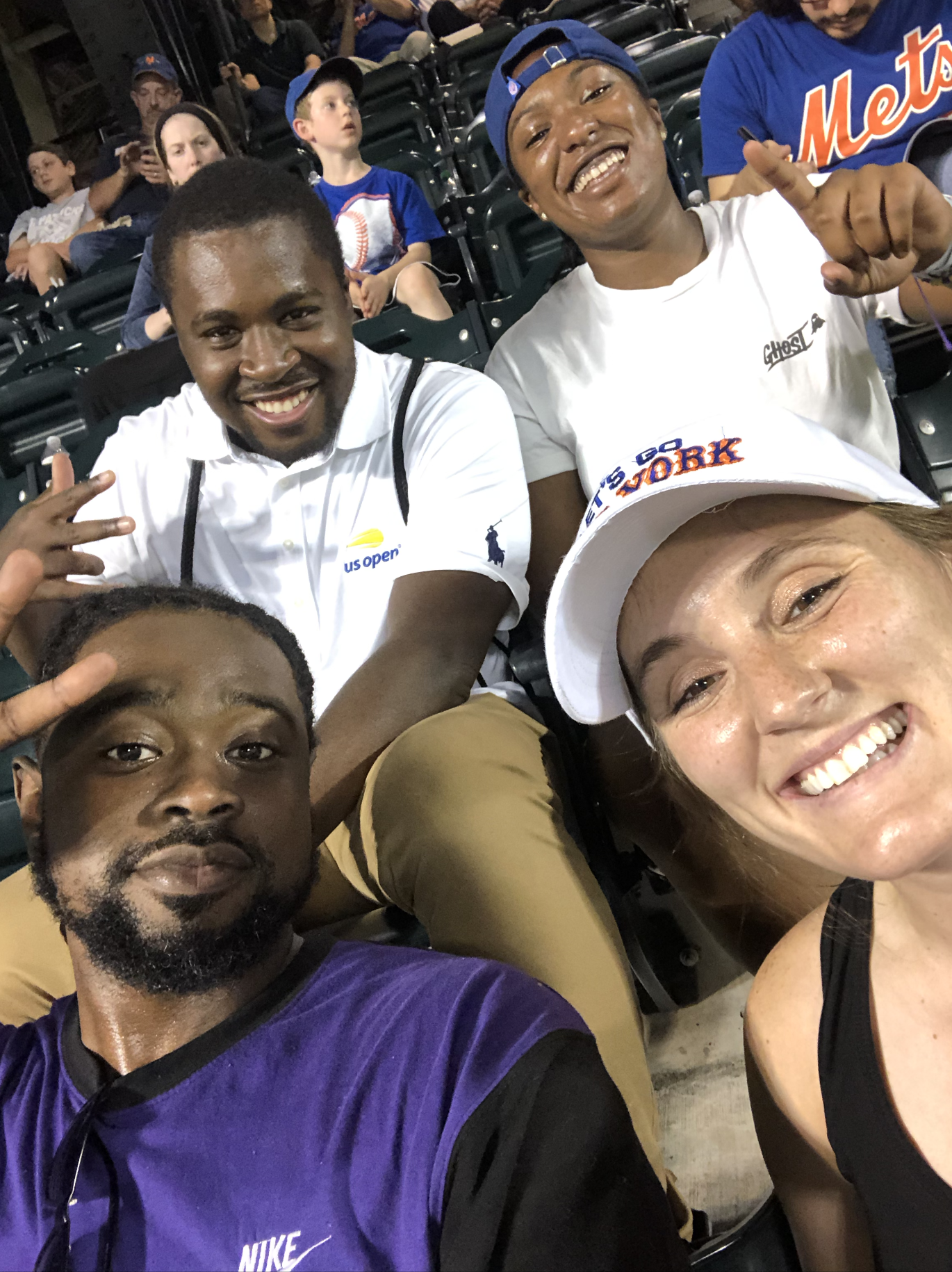 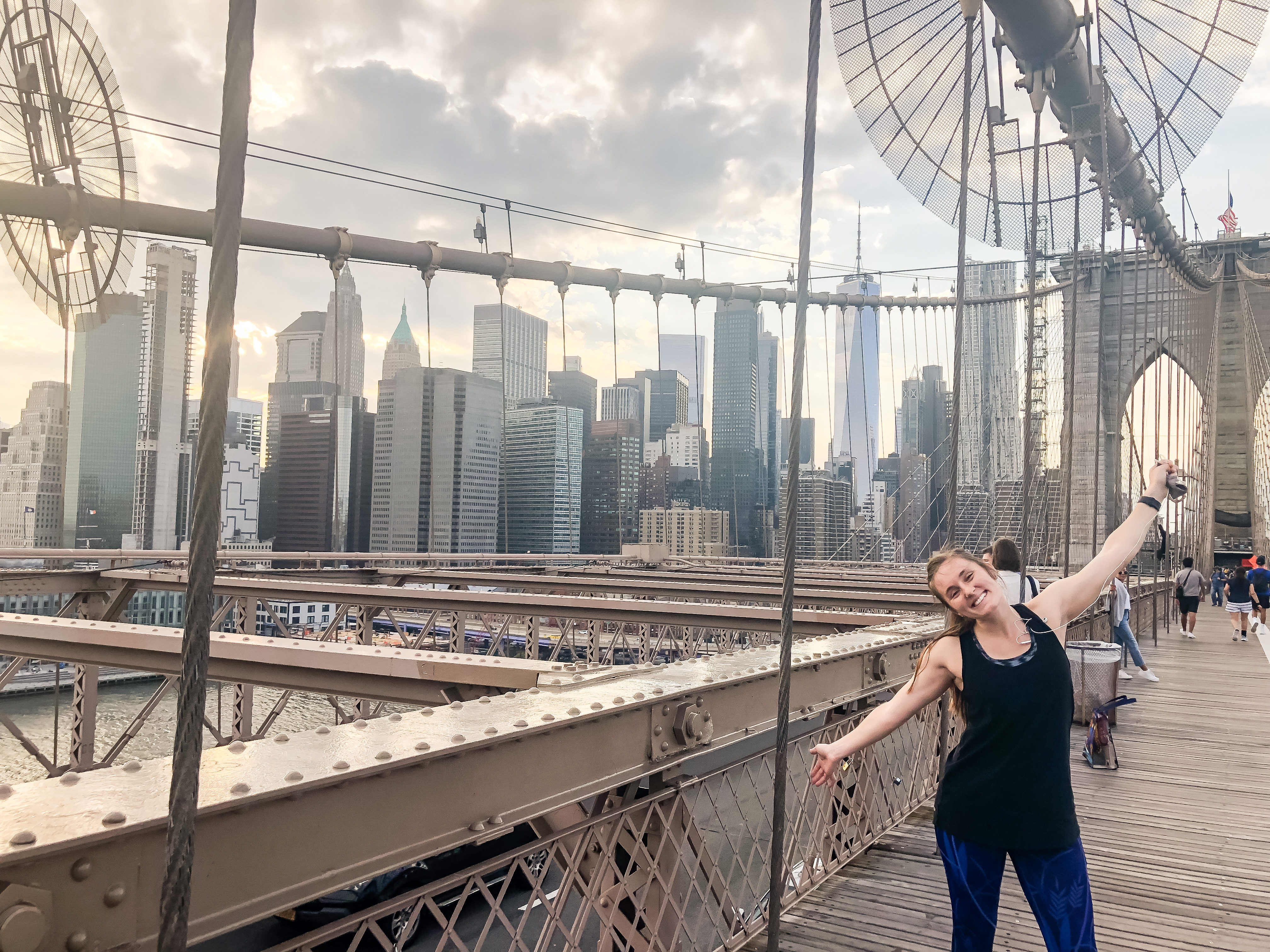 As for the rest of my trip, I enjoyed every New York Minute. From baseball games to museums and ferry rides to skyline views, my time in the Big Apple was nothing short of amazing. While seeing the Times Square billboard in person was the highlight of my tourist-y time in NYC, here’s some honorable mentions:

It’s said that over 2,500 cyclists and nearly 4,000 people walk across the Brooklyn Bridge daily. I now understand why. The bridge is a little over one mile long with the pedestrian entrances for the walkway approximately 1.6 miles apart.

My original intent was to run across the bridge but with having to dodge other pedestrians and wanting to take photos of the views, I opted for a nice joy walk from the Brooklyn side to Manhattan and back. Along the way, I enjoyed looking at (and buying) work from local artists and taking in the Manhattan skyline.

The Metropolitan Museum of Art (The MET)

Ever since hearing about the MET in college courses, I knew I had to check it out. While it shouldn’t have come as a surprise, the museum was MASSIVE and a giant maize of artwork dating back centuries. My favorite pieces, however, were the more modern prints and works. They also had an exhibit called “The New Woman Behind the Camera” that shared stories and photographs taken by women leading and breaking barriers in the early 1900’s. I found the stories and images fascinating and inspiring as I dive head first into owning my own creative business.

I even got to end my museum visit with a beautiful night view of the Manhattan skyline including the two bright lights to honor those we lost on September 11, 2021, on its 20th anniversary.

As a sports fan, it’s so nice to spectate live sports again! Within my first week of the city, I enjoyed one Yankees game and two Mets games! The atmosphere at both stadiums were contagious and I even talked some new friends into accompanying me to the Mets games which made woo-ing and boo-ing even more enjoyable. I may even be coming home with a new Mets jersey and cap… lucky for me I've got a grandfather who also doubles as a loyal, die-hard Mets fan.

Speaking of my grandpa, this trip was made extra special by getting to travel along the streets my grandpa was born and raised on. I got to see the apartment he grew up in, and later on, the place my dad would go back to to visit his grandma. I also got to see the beautiful church my grandpa was baptized at, grew up attending, and eventually the one my grandparents were married in. It’s funny how exploring that day suddenly made the city of millions feel extremely small with a piece of home. 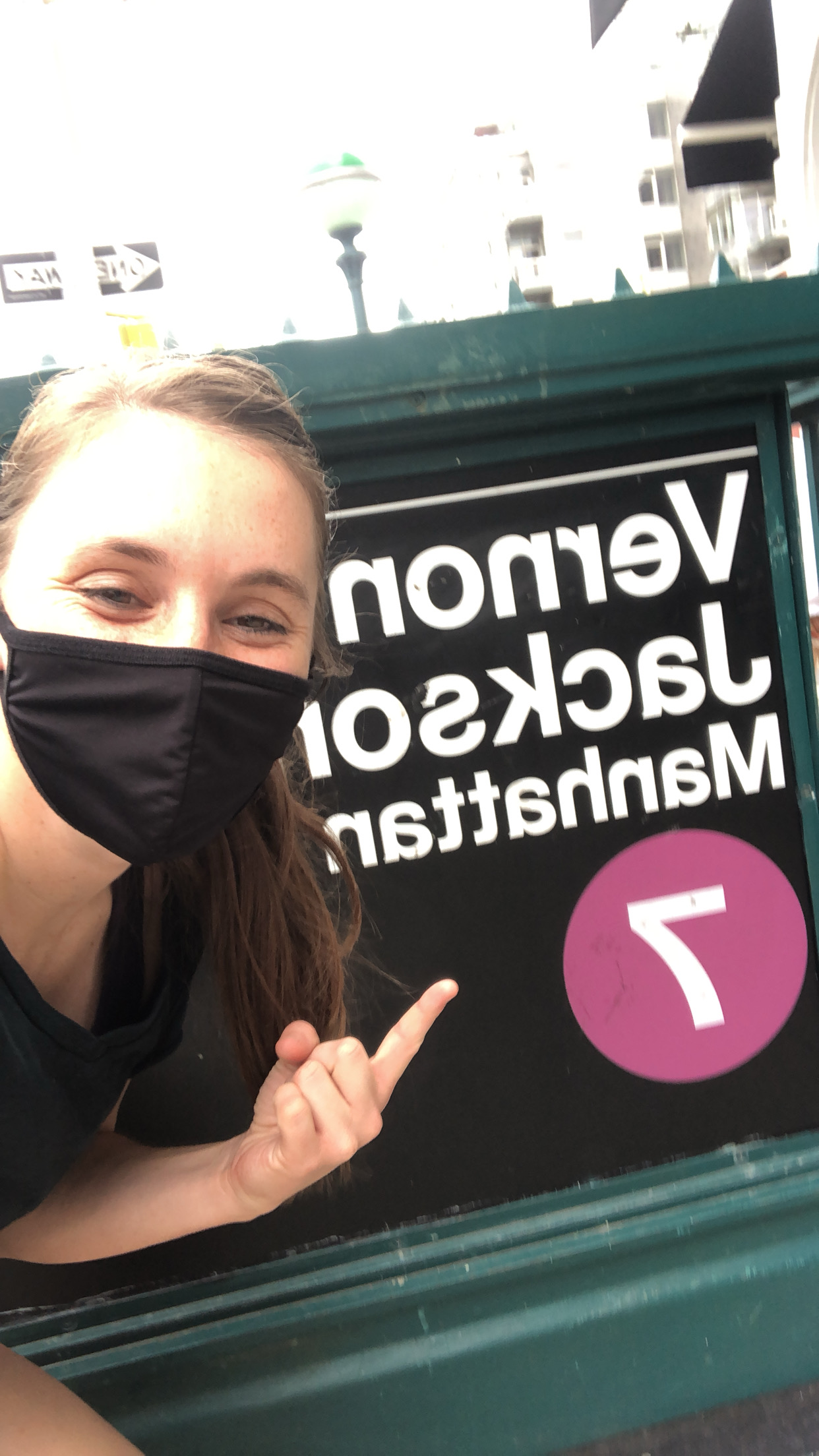 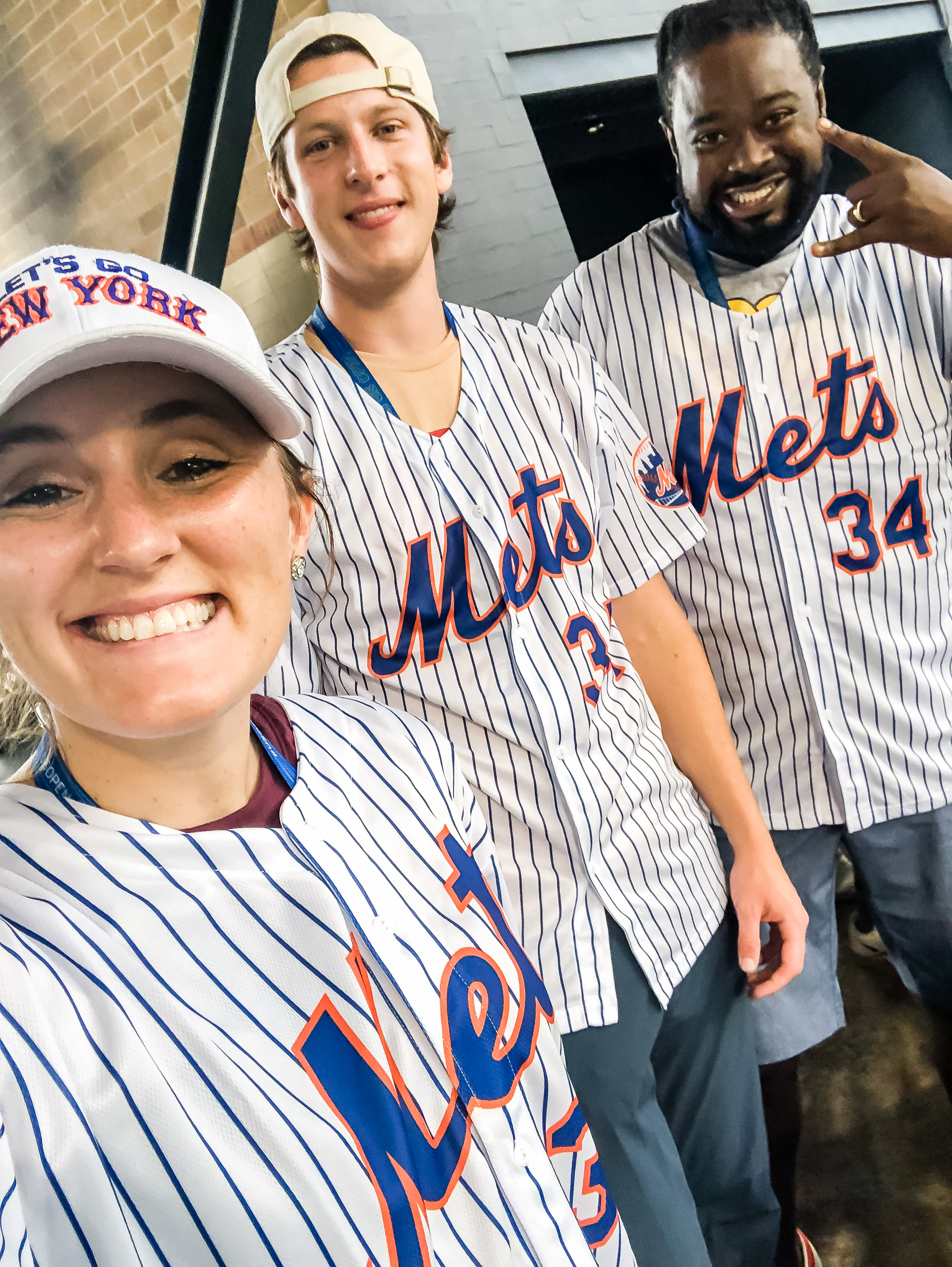 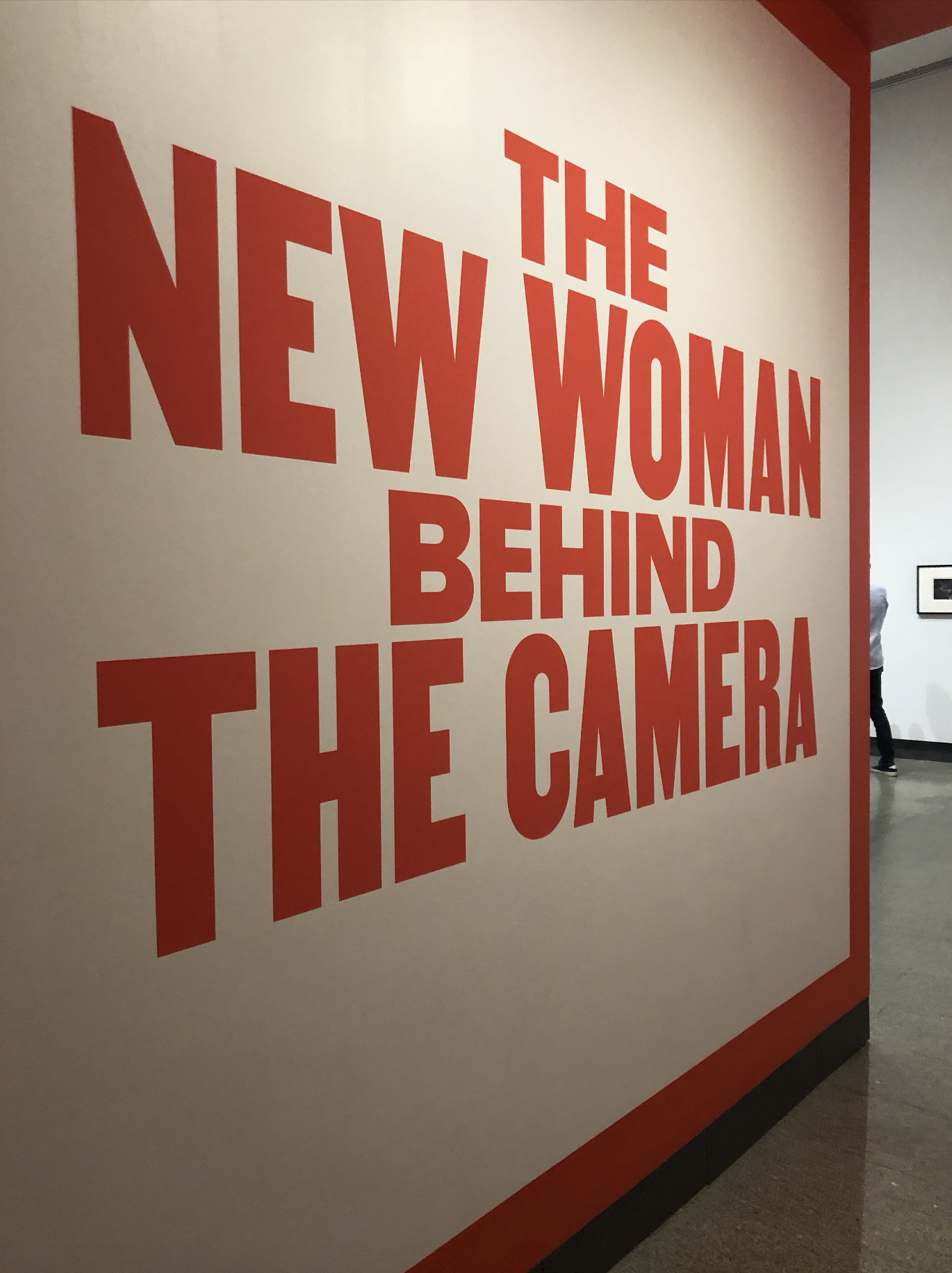 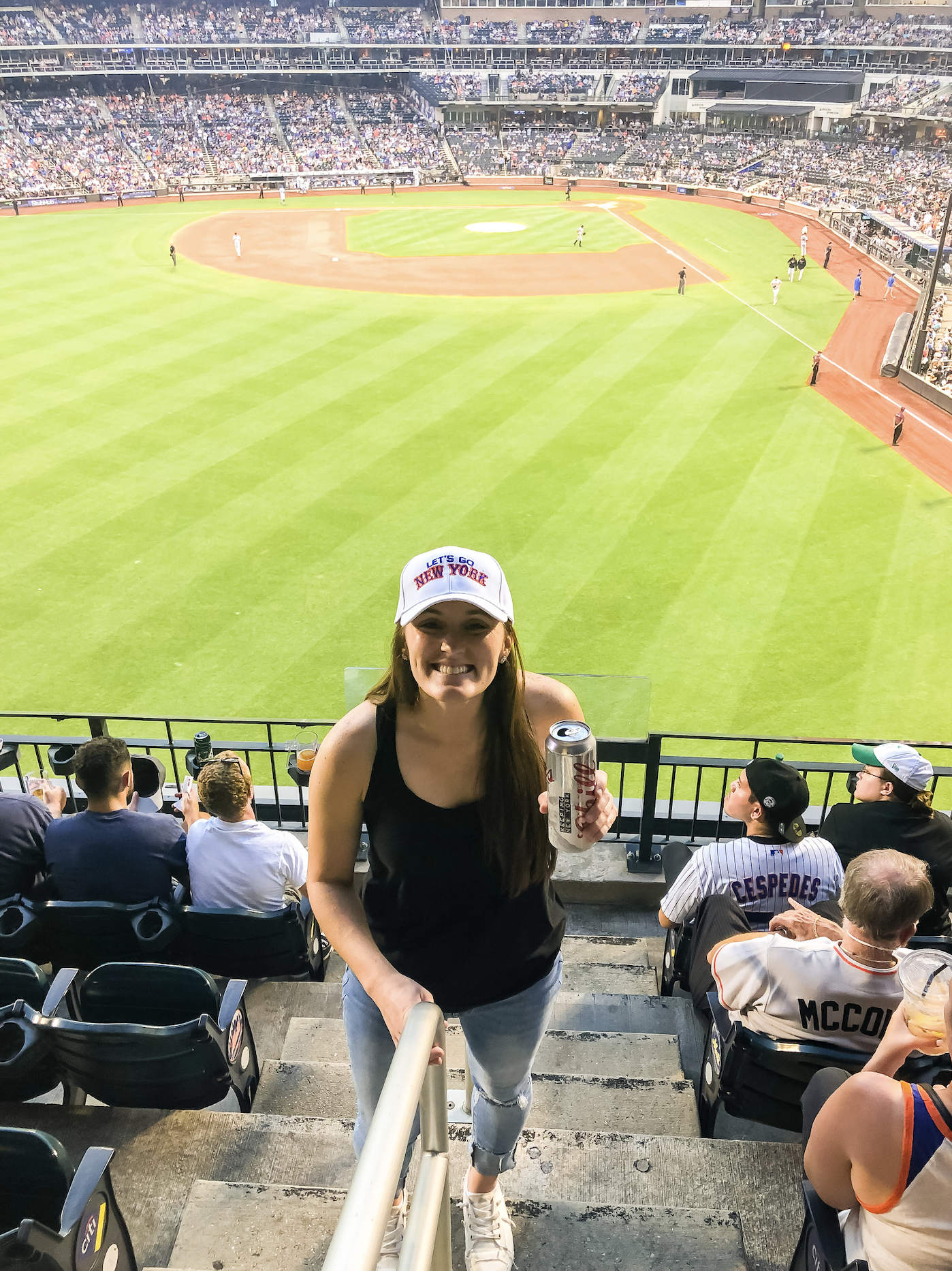 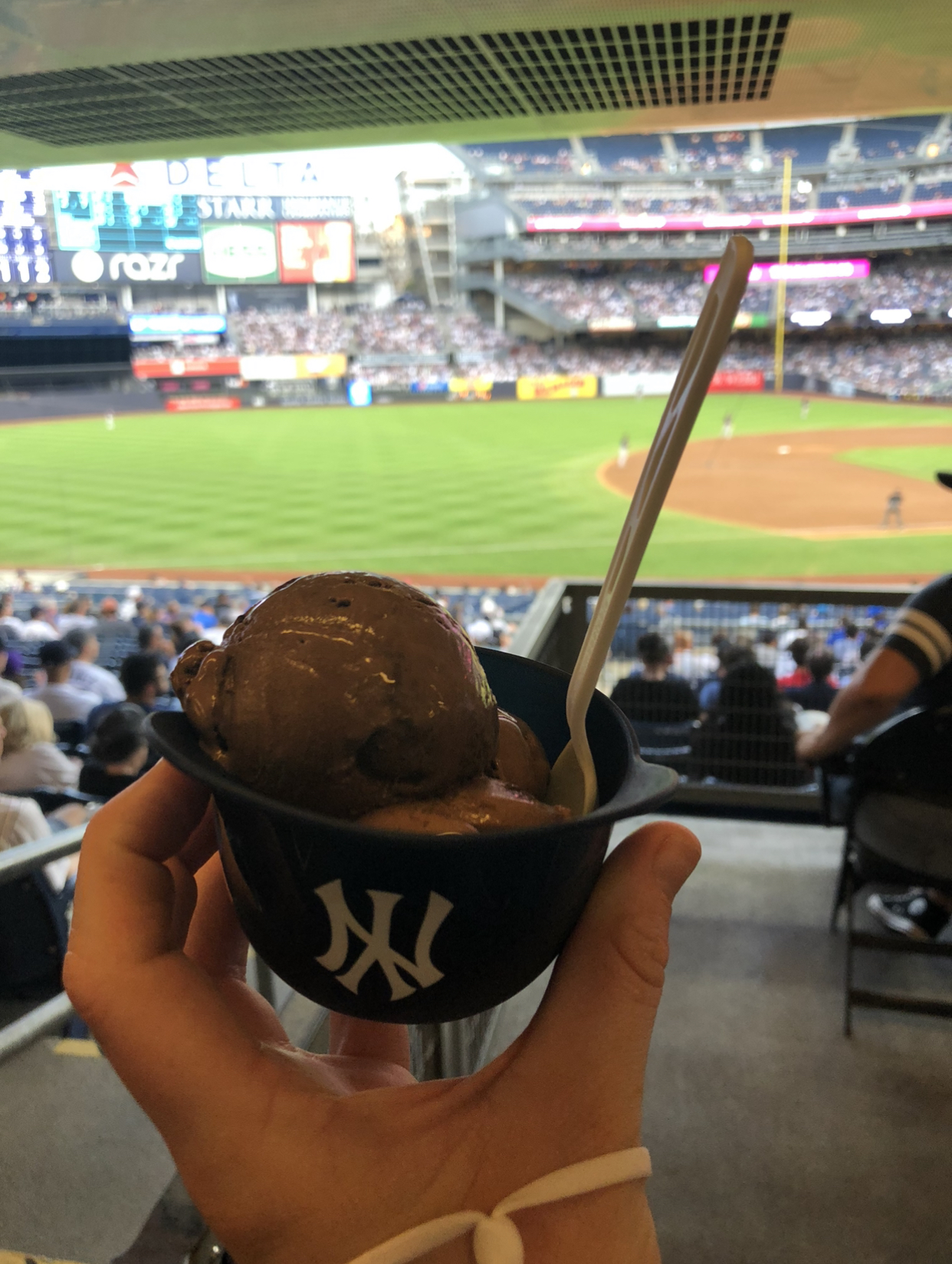 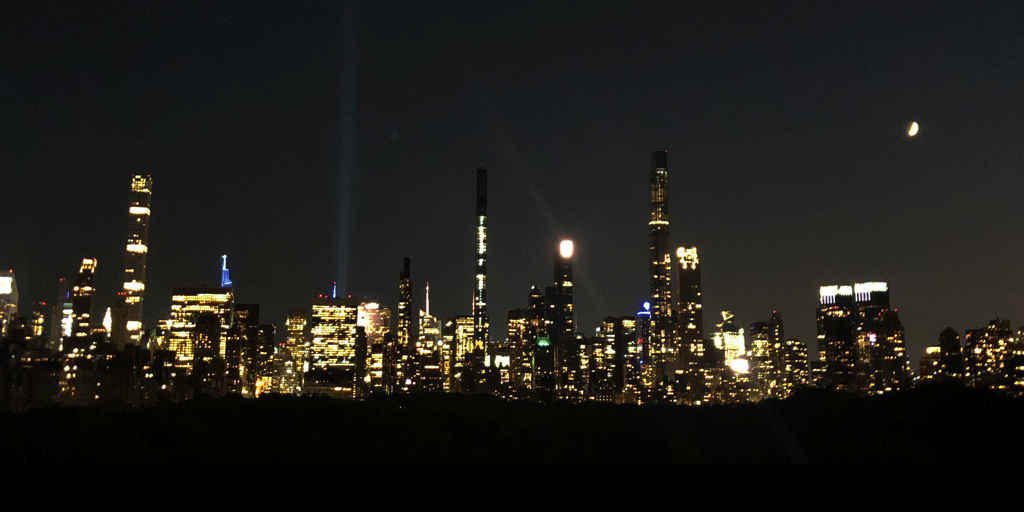 Each day, we received credit for food to be used in the staff cafeteria or from the grounds' vendors. My most eaten items were: chicken caesar wraps, personal pizzas from Ashe Stadium, and the second best cookies I've ever had (doesn't beat MHS cookies of course... IYKYK). For those who don't know, my all-time favorite food is nachos. Luckily, my friend introduced to me to the nacho vendor on the very last day, so I got to enjoy some for the men's championship match. It's probably a good thing I didn't know about them earlier. 😋

Stepping onto Ashe court. Before the players arrived, our team got the opportunity to walk onto the court of Arthur Ashe Stadium. Having watched matches both in-person and on television in that stadium, made walking onto the court so surreal.  That being said, I can't even imagine the pressure of playing for a packed house or the feeling of having an entire stadium cheer for or boo against me, and honestly, I'm completely okay with that. 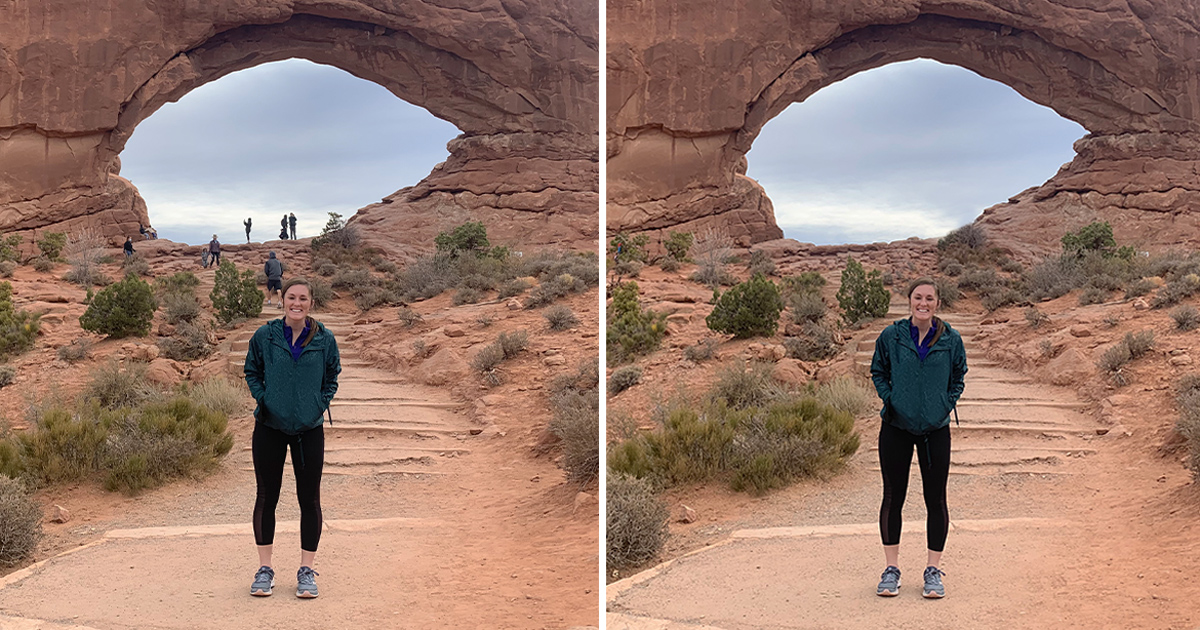 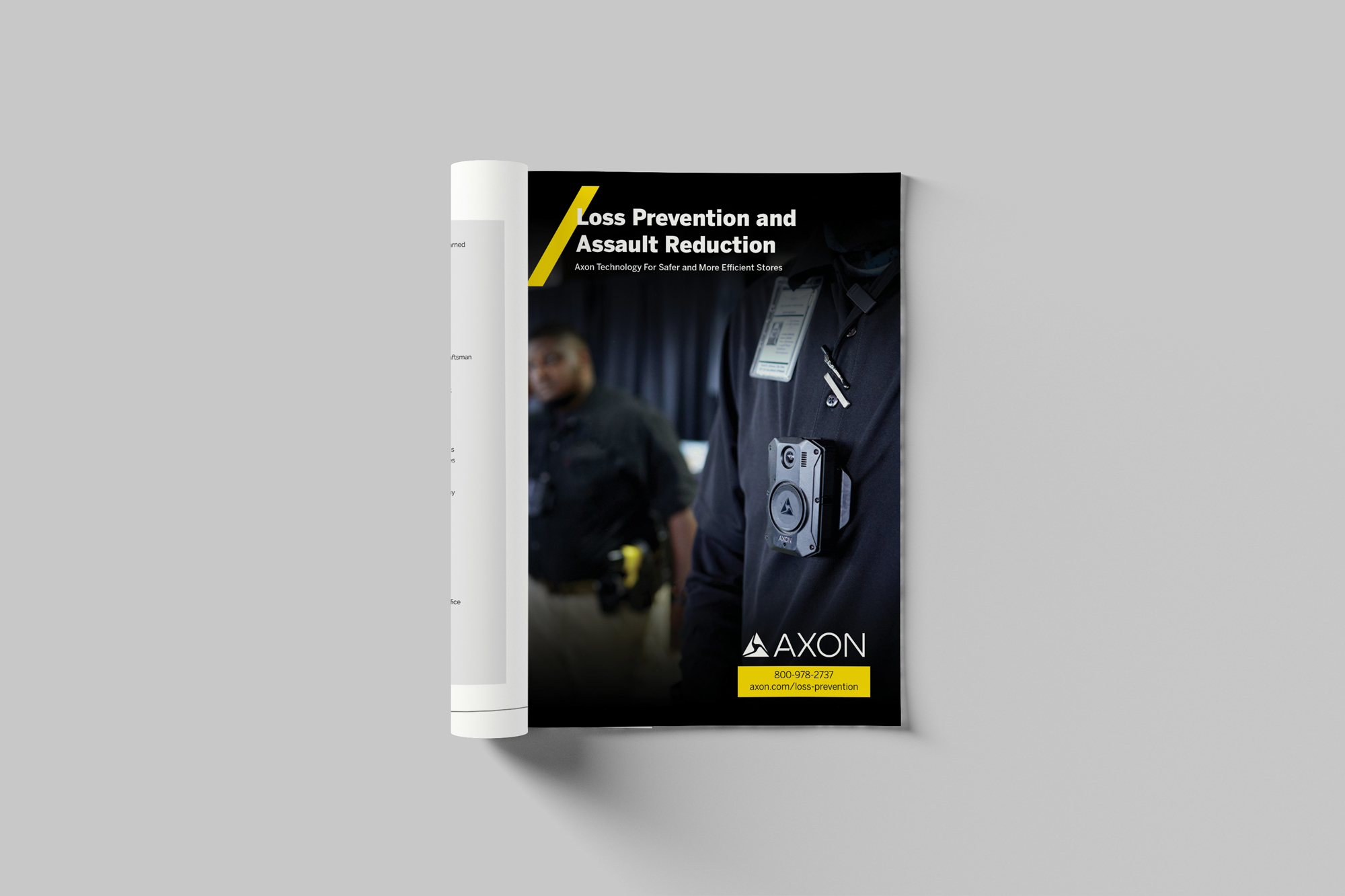 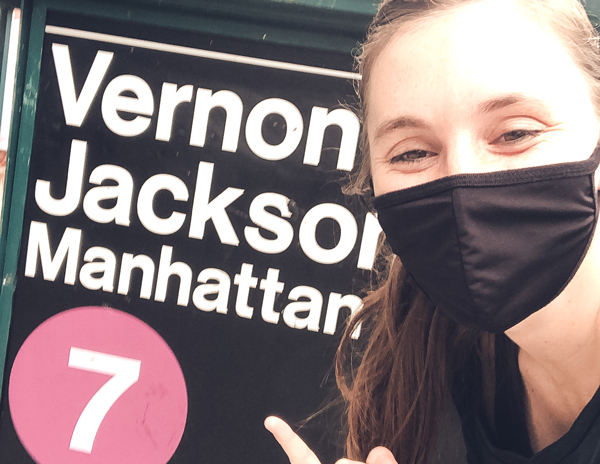 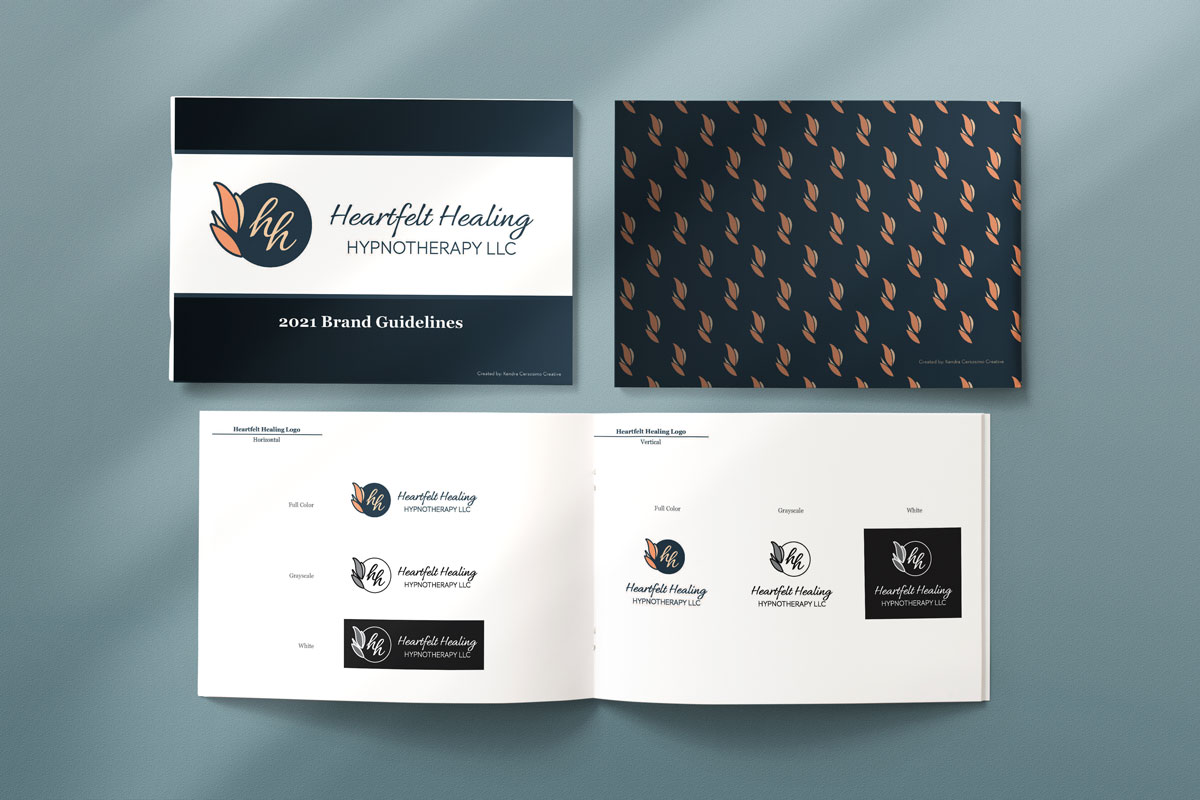 Logo and Brand Identity | No Tricks All Treats